More news about Kian Joo, about which company I wrote before.

The company made a 6-page announcement to Bursa Malaysia, describing the history of the offer from Toyota Tsusho Corporation (TTC). The offer is only a Letter Of Intent (LOI), and seems not that concrete.

Of interest is further the following: 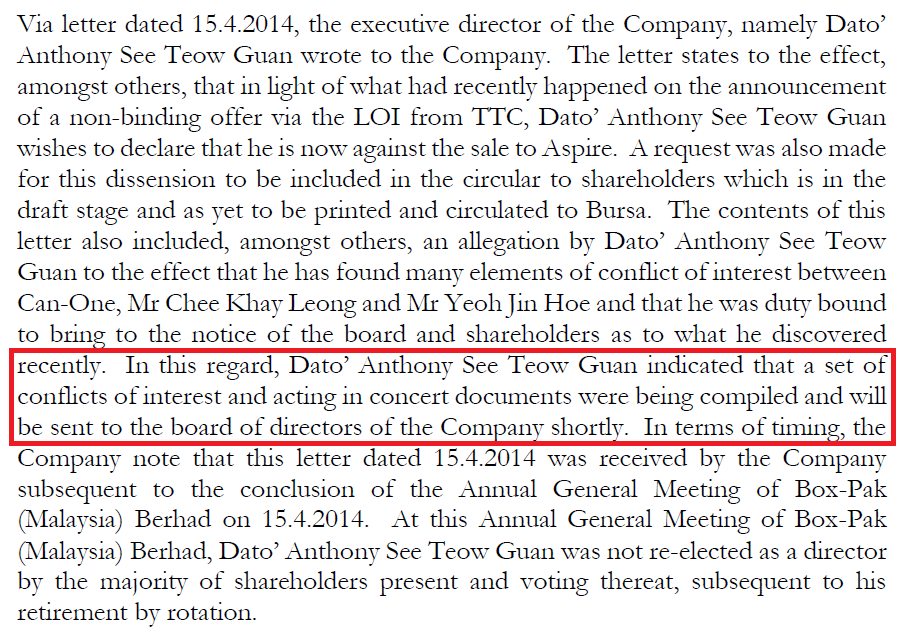 That statement was made on April 15, 2014, but until now the company has not yet received any subsequent writing with details regarding the alleged conflict of interest or the acting in concert situations.

Email ThisBlogThis!Share to TwitterShare to FacebookShare to Pinterest
Labels: Bursa Malaysia, Can One, Kian Joo