The prospectus for the coming EGM of Maybulk contains an independent advice of KPMG Malaysia.

This is the same adviser who wrote the independent advice in 2008, about which I wrote before, in rather harsh terms.

The current advice is much better. Cynics will say that it would have been very hard to do a worse job than the one in 2008. It is also in line with a (belated) general improvement of independent advice across the board for Bursa listed companies.

There are some interesting parallels with 2008, although unfortunately KPMG doesn't revisit the 2008 report.

Regarding the PAT of POSH, the following graph is presented: 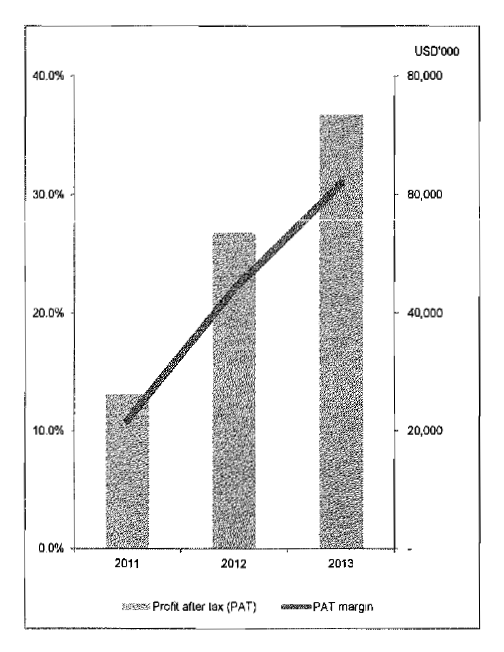 Looks rather convincingly, doesn't it?

But there is an eerie similarity with the picture presented in 2008: 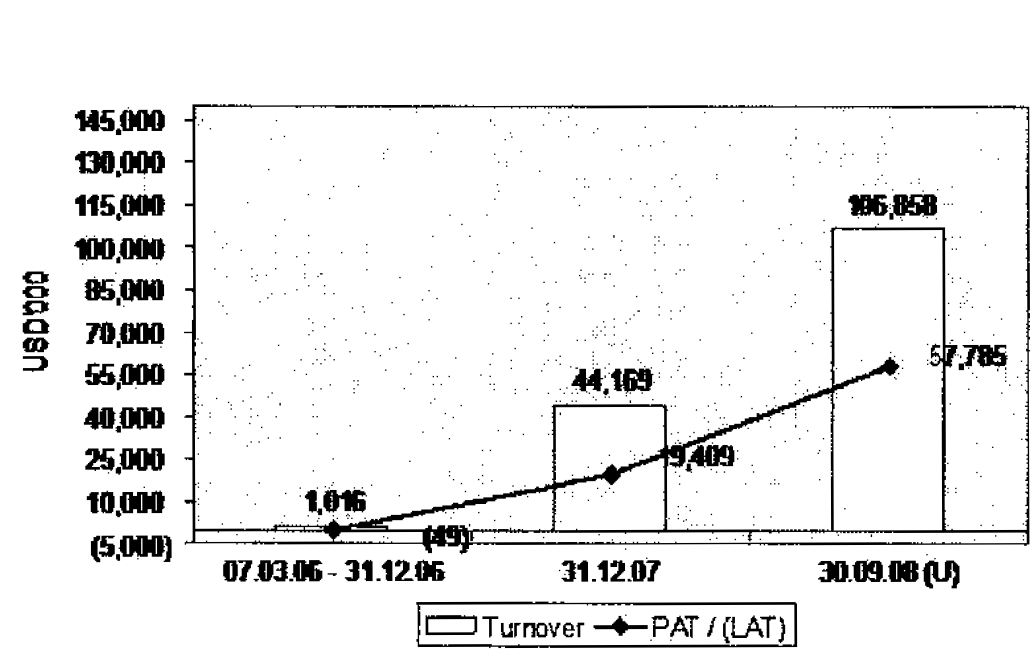 The rather strange fact (which isn't mentioned at all in the 2014 report) is that POSH made a higher profit in 2008 and 2009 than each year after that, despite:

The results of 2008 were more or less known in December 2008, so let's compare those with the results of 2011 and 2012, the timeline that KPMG indicated in the above paragraph.

So much for the rather poor forecasting capabilities of KPMG. And they can't blame the global recession for that, the acquisition of POSH by Maybulk in 2008 was right smack in the middle of it.

For the benefit of the reader, the full earnings picture of POSH, all amounts in USD:

Is this indeed a "track record of strong financial performance", as is claimed in the 2014 prospectus by the Chairman? Based on the last three years results, may be. Based on the last six years not really, I think.

There doesn't seem to be growth in revenue over the last three years. Most of the growth in profit comes from "Other operating income", not sure how recurring those are (below numbers have not yet been adjusted downwards): 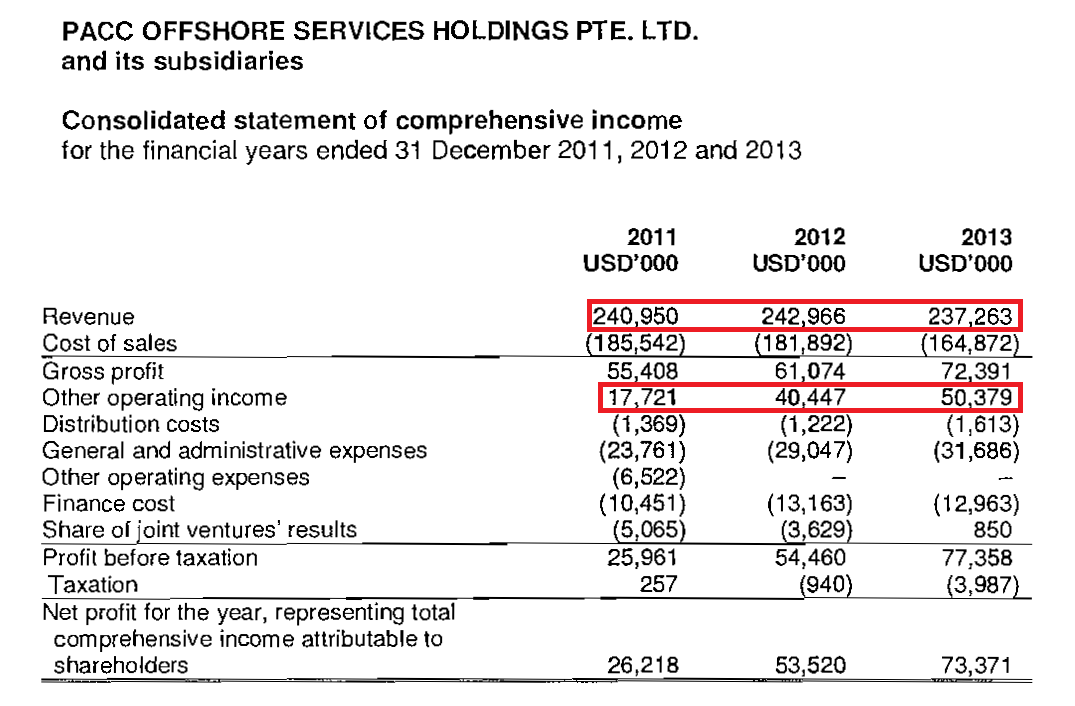 Another interesting topic is the valuation by KPMG, this is the current one:

This is the valuation of 2008 based on adjusted NA:

And their valuation of 2008 based on DCF: 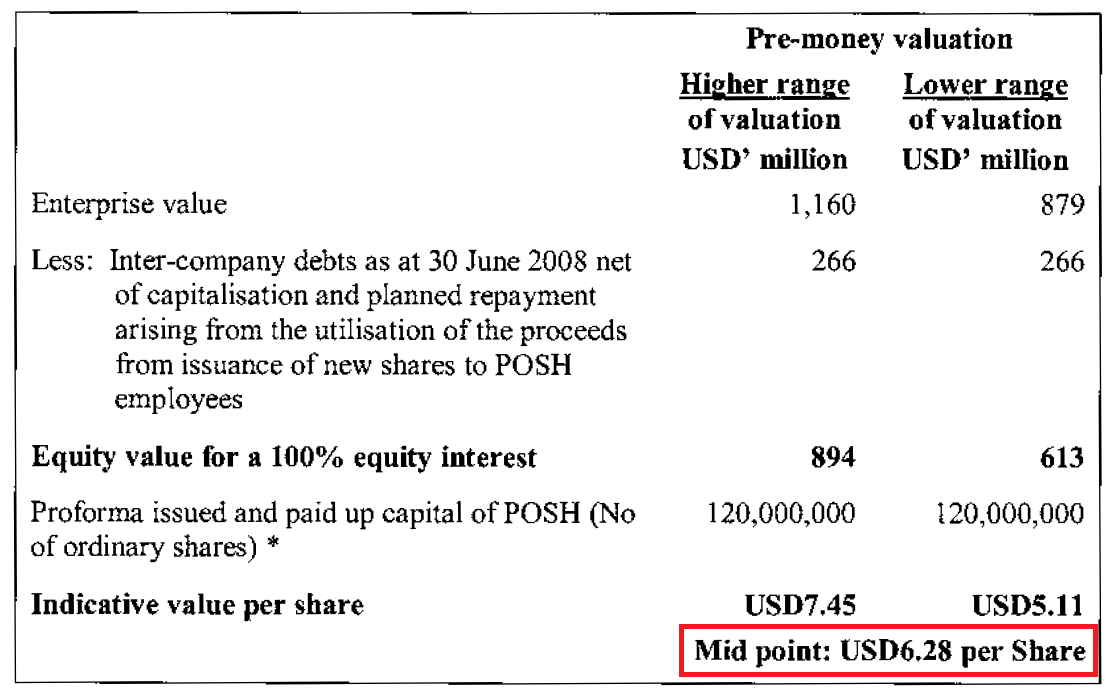 What is remarkable is that the valuations of 2008 and 2014 are almost identical, while:
Admittedly, the rights issue in 2012 brought done the cost price for Maybulk somewhat, from USD 6.50 to USD 6.03, but that still only explains a small part of the above.

The only way to explain the peculiar valuations is to assume that KPMG's valuation of POSH in 2008 was simply much too high, unrealistically so.

For one part (the DCF valuation), KPMG should fully take the blame.

For the Asset valuation, that was partly based on the valuation of Clarkson, about which I wrote under the title: "Clarkson, the valuer who didn’t believe his own valuation".

That title was indeed deemed to be correct (the authorities have confirmed that), the valuation of Clarkson was made on September 15, 2008 and was not valid on the day the prospectus was issued, November 25, 2008. In only a bit more than two months time values of vessels had collapsed, like almost all other asset values, making the valuation much too high.

The important question is: why did nobody question the valuation of Clarkson?

There are many maritime experts in the board of directors of Maybulk, POSH and PCL who should have known about the problems in this industry.

But even the non-maritime experts of those boards of directors,  the writers of the prospectus AmInvestment Bank and the independent adviser KPMG, they should have guessed that the valuation might not be correct anymore, and should have actively sought clarification.

Why did no one contact Clarkson at the end of November or early December 2008? They were just one single phone call or email away.

A new, updated valuation by Clarkson would have had a huge impact on the adjusted net assets, the more since POSH was highly geared.

And that would have enabled the non-interested directors of Maybulk to renegotiate a much fairer deal for the shareholders of Maybulk.

Maybulk's shareholders deserved a much larger chunk of POSH in exchange for its large injection in POSH, in my opinion roughly 50% of the shares instead of the 21% it would receive. Profit contributions in the subsequent years would then have made a much higher impact, and at the coming IPO of POSH Maybulk would not need to buy additional shares to keep a minimum shareholding of 20%, it could even consider selling some shares, if the price is right.
Posted by M.A. Wind at 14:08