Maemode: accurate predictions by Ze Moola, but why did nobody notice? (3)

Maemode: accurate predictions by Ze Moola, but why did nobody notice?

Maemode: accurate predictions by Ze Moola, but why did nobody notice? (2)

"The Company expects to submit its AFS (Audited Financial Statements) 2013 within six (6) months from the date of this announcement."

We are now more than seven months further, and the company still has not issued its Audited Financial Statements.

I am scared the AFS might never be issued. My fear comes from the following recent announcement: 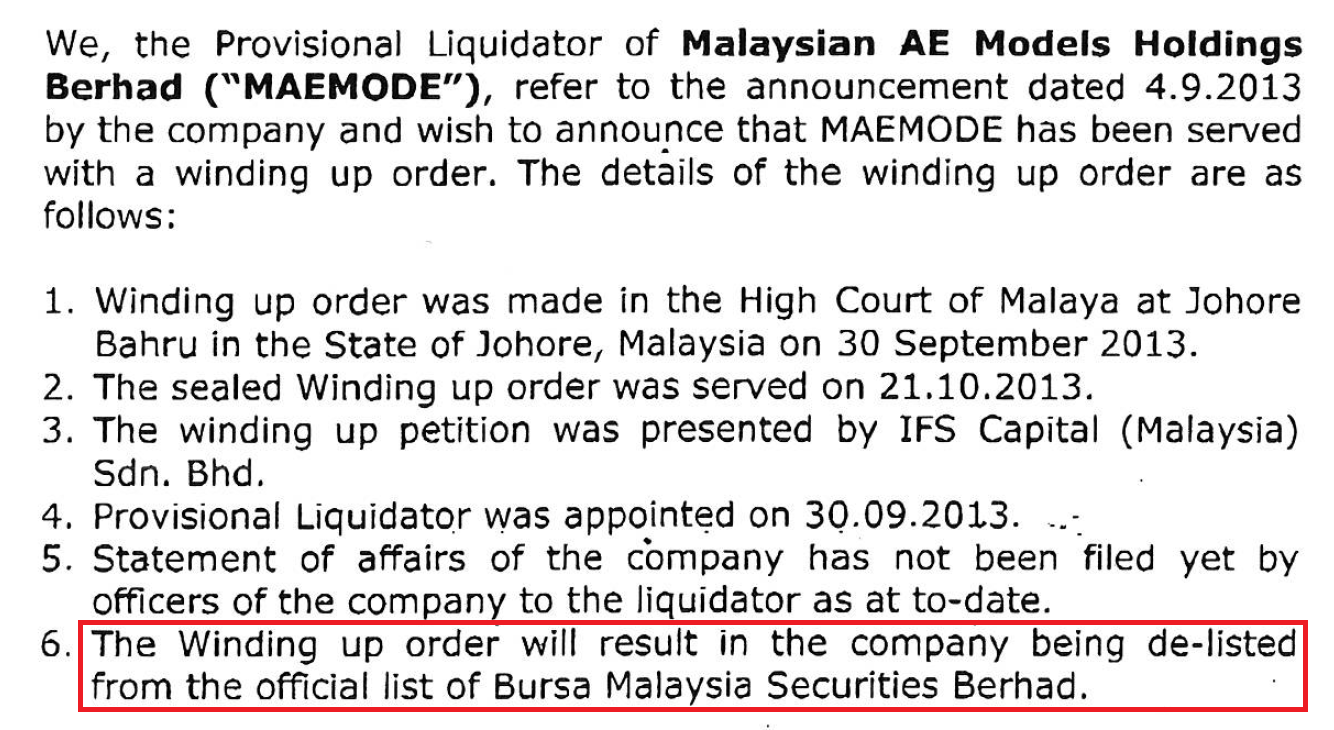 Bursa and/or SC should chase the company for its financial statements. A forensic audit is most likely warranted, given the events that have occurred. Minority investors (who must have lost a lot of money on this counter) and interested observers deserve an explanation, what really has happened. The money that has been lost won't come back. But at least, some lessons will be learned, for all involved. And if there is proof of any wrongdoing, then the authorities should take appropriate action.